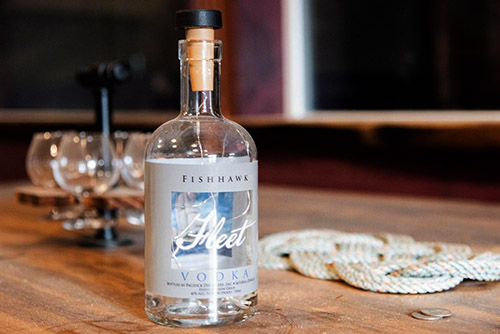 New plans for a historic building

Steve Fick, the owner of Fishhawk Fisheries, has been involved in the seafood industry for about four decades.

But as a self-proclaimed man of many interests, he is always looking to expand his business ventures. This winter, Fick hopes to bring a new distillery to Astoria.

Pacifick Distillers will be located on the riverfront, next door to Fishhawk Fisheries between 3rd and 4th streets, in a vacant building owned by Fick. He will distill vodka, gin and whiskey. Down the road, he hopes to add moonshine to the mix.

He plans to distribute the spirits in Oregon, but eventually work into other states like Alaska, where Fishhawk Fisheries has another location.

“I never had a particular passion for it. Some guys love distilling or love brewing. Mine is more about developing a business, but I’ve really enjoyed learning a lot about it and we have some really good products,” Fick said.

The distillery will have a bar with tasting room privileges and serve a variety of seafood-based meals.

The location for the distillery, known as the Astoria Wharf and Warehouse Co. building, is listed on the National Register of Historic Places. It was constructed in the late 1800s and has been used for a number of purposes over the years, but often just for storage, Fick said.

Fick had contemplated how to utilize the unique space. He considered a number of possibilities, including a hotel, but none of them felt right.

“I’ve seen things go sideways on people,” he said. “I want to just have a humble, successful small business that identifies with Astoria, too.”

Former City Manager Paul Benoit, who always had appreciation for the building, invited Fick down to check out a distillery in Alameda, California, where Benoit was deputy city manager at the time, Fick said. Benoit thought he could capitalize on the waterfront location and start a distillery of his own.

In addition to being an intriguing business opportunity, Fick thought it would be a good chance to keep his workers busy around the year.

“If we have a slow period in seafood, like if crab season is over and we don’t have something going on, well, maybe that’s the time we’ll do more bottling,” he said. “I am trying to diversify the overall company so that I can give some more stability to my crew.”

Fick hopes the combination of the fishery and distillery will also be an effective way to educate people about seafood and the sustainability of fisheries.

“I think it’s going to create a lot of opportunities for education and making people aware of the importance of seafood in their life … and we can promote our natural resources a little better,” he said.

As for the bottles, labels and overall brand identity, Fick spent a considerable amount of time crafting them to fit the distinctive aspects of Astoria.

Inside, Pacifick Distillers has a mural and several artistic attributes paying homage to the city’s extensive history in fishing and seafood.

“We want to identify the past, the present and the future aspects of what Astoria is about, particularly in the seafood industry,” Fick said. “ … We hope to get a few people walking through there, enjoying the seafood, and understanding the distilling process and our community and what we’re about.” 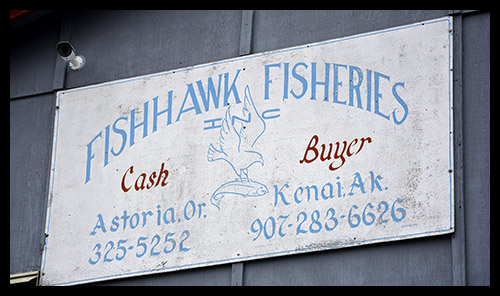 Fishhawk Fisheries is a wholesale and retail seafood company based in Astoria, Oregon.

Commercial fishing has been a huge part of life on the Oregon Coast since the 1860s! ... See MoreSee Less